Caitlin Johnstone:  On the Left from the Left 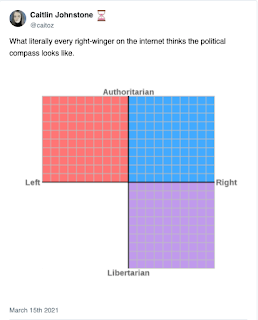 (These observations are taken from her daily postings at her blog site, https://caitlinjohnstone.substack.com, and are periodically updated.)

I am convinced that if we are to get on the right side of the world revolution, we as a nation must undergo a radical revolution of values. We must rapidly begin...we must rapidly begin the shift from a thing-oriented society to a person-oriented society. When machines and computers, profit motives and property rights, are considered more important than people, the giant triplets of racism, extreme materialism, and militarism are incapable of being conquered.

Among all the forms of mistake,

prophecy is the most gratuitous.

we all should dwell in grief as we recall

what is, what was, what will be from now on

and it will only get worse­­, as my father used to say, in unison

with a chorus of critics and seers who are always ignored

or censured or called crazy, while the rest of the populace prefers

to wallow in slogans about the mentally strong, how they stay happy

and waste no energy on things they can’t control

yet many are they who have seen through the sham

cast off the lenses and junked the gadgets

O throng of wretches mired in the past

hounded by the furies of a counterfactual hope

to your vexed wails would I lend my tired lament

as I near that most infamous of buildings, unremarkable home

of pat fictions only the press would have us believe

the plaza is not as I imagined, nor as it was fifty years before

when under the warmth of a late autumn sun, the crowds thinned out

where the motorcade turned right, then left

to begin its fallopian descent

into the empty zone between the event

our ungloved hands kept firmly in our pockets, our trench coats tightly belted

smug in the confidence we are not our precursors, the unsuspecting

bystanders and well-wishers that day; yet still we have come unprepared

all we like sheep, held back by barricades, muzzled for fear

dignitaries and guests, screened for complaisance, arrayed as for a military review

sit dozing within the grassy triangle of death, and barely put up with

a rite they deem superfluous, slowly twirling their umbrellas

or fidgeting with their cellphones, while one stilted eulogy follows another

carefully avoiding all mention of murder

and thankful when reassured that, long ago, nothing really happened here

that we’ve grown up since then, and become acquainted with the night

that violence is often random and unconnected, the perpetrator’s stature

inadequate to our expectations, that only children need the solace

of overarching explanations, that history should not be left to the theologians

and when this exercise in bathos is brought safely to conclusion

the barriers lifted, the unwashed pilgrims allowed to tread the ground

that pundits have fought hard to desacralize, no moment can be found

for simple commemoration: the knoll swells with hucksters in porkpie hats

while atop the white retaining wall, a crow snaps its head to and fro

in curiosity and disgust, then down the middle of the fatal street

a band of local protesters seize their chance, marching past the cameras

but all too predictably, there will be no outcry over

that bygone spectacle of bloody rape

that barbarous lesson in hegemony

the skeptics enchained, the credulous exploited

or entertained by endless parlor games

then reviled for their paranoia

it is too much

it is too little

it is a disgrace

so the multitude meanders, unsure what to think

unsure what to do next, or whether it matters at all

while this day slouches back into its November lair

for five decades, no excuse could impel me

toward this hellhole of the South

arriving at night, by a route not requested

the taxi sneaks me up Commerce Street, under the railroad bridge

and into a picture I know well from aerial photographs

in dozens of books pored over in my youth, yet so unfamiliar

so suffocating the diminishment of its true dimensions

the orange-brown brick of disrepute is bathed in eerie yellow

yet I see no specters in its upper windows, sense no phantom

but its neon aura, like a carnival just after closing

not in quest of still another clue, but to confirm my own presence

a witness come lately to attest to the obvious

the hour of dawn is indeed upon us

yet the world is none the more illumined

for it is but dismal and false

to those who perceive it rightly

from south side to north, I cross the underpass, its triple maw

like the brutalist caves of a brave new Avernus, where gullible boatloads

are forever sucked into the murk of its stagnant mythologies

but this morning, through the viaduct beneath me, the transit

of cars and buses is sparse and of no consequence

from behind the fence, once left to decay, then repaired

when its notoriety demanded, now gouged with graffiti

which it flaunts like the tattoos on some circus attraction

I watch a tourist in a ten-gallon hat, as he risks his life

against a hazard that exists only for those in power

where they sliced out the asphalt and paved it over

but was slyly chalked back in while the city council slept

then, like countless before me, I scale the pedestal

from which it was all registered for the benefit of

from where the limousine slowed to turn, to where it sped up

and disappeared into a tunnel at whose other end lay:

an empire of a thousand bases and budgetary obscenities!

black operations fueled by the sale of arms!

by heroin and crack we push on inner-city children!

with a special report on

ex-colonies recolonized by Blackstone and the IMF

their ravaging and plunder by a free-market monster

that feeds on oil and gold and copper and uranium

on sugar, on rubber, on bananas and coffee and palm

on technocratic enslavement and the impoverishment of the masses

on covert manipulation, on overt intervention

on oppression, on depredation

on business as usual

we cut off aid to Guatemala and Honduras

destabilized Venezuela in the name of Exxon-Mobil

went to bed with the princes of Saudi Arabia

and turned a blind eye to Israeli atrocities

long after the toppling of the Berlin wall

we must still push eastward toward another Stalingrad

must protect ourselves from the Chinese menace

must perfect our weapons of annihilation

and scoff at craven non-proliferation

the assassins did not escape through the sewers

they hide out among us, in the fens of the exceptional

their reservoirs of profit just bursting to trickle down

in order to form a more perfect union

for the playing of the national anthem

rise up and pledge

allegiance to the flag

and to the delusion for which it stands

for when in the course of human events

it becomes necessary to dissolve

rise up and confess

the faith of our fathers, living still

marching as to war

rise up and give

your last full measure of devotion

to the investor’s bottom line

stand beside us and guide us

through the night with a light from above

and crown thy good with corporate personhood

you may be seated

from this omphalos of phony remembrance

where only the victors’ textbooks are deposited

from this polis of the damned, where as monument to the victim

four walls of poured concrete stand like a public bathhouse

a stall for urinals, or corral for garbage dumpsters

from this scowling hotbed of bigotry and hatred

whose face, pockmarked with corruption

was yanked from anonymity and scarred indelibly

instead of Chicago’s, or Tampa’s, or that of some other

from the media din which diverts and drowns out

from the zealous smashing of idols and enshrining of hearsay

from the thrall of ideology and dogmatism’s trance

from this culture of amnesia

from this culture of passivity

from this culture of consumption

from this barren dooryard where no lilacs bloom

nor with the thrush’s song or setting star atone

for the loss of what we pretend was once ours

and from your feet shake off the dust

of the republic’s conscience

no longer proclaim what refuses to be heard

how we sold ourselves cheaply, ratified our betrayal

and made manifest our destiny

a boorish and tiresome people

and evil and contemptible rulers

and judges full of perfidy

and war both perilous and strange